Member for Davidson, Jonathan O’Dea has welcomed Ku-ring-gai Council’s move to canvass the views of St Ives residents on the local Jewish Eruv as part of its consideration of the matter.

We have reported on the Eruv in St Ives previously.

Leaflets have recently been circulated in the St Ives area, both in favour and against the proposed Eruv.

Material in the leaflet circulated by the St Ives Progress Association against the Eruv has deeply offended members of the local Jewish community who have contacted O’Dea. 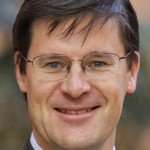 Mr O’Dea agrees that it is disturbing to read and highly inaccurate to suggest that the long term consequence of establishing the Eruv would be the “eventual expulsion of secular people who live within the Eruv”.

It appears material has been erroneously presented and quotes taken out of context to scare residents of St Ives into opposing the Eruv.

Mr O’Dea said, “While I respect the right of others to appropriately express a range of views as part of Council’s proper assessment process, I have previously indicated a personal view that the Eruv is harmless and innocuous, with minimal impact.

“I hope the community will see through any inappropriate tactics.

“Assessment of the Eruv should not be based on the ethnicity, religion or race of those supporting it – only legitimate planning and environmental considerations,” Mr O’Dea concluded.