We’re half way through the suburban rugby Barraclough Cup competition. Where is your team on the ladder? How well has it been going so far? And, looking at the remaining matches, what do you think the ladder will look like at the end of the season? I know these predictions will cause some discussion, let’s see how close they are.

Clearly the team to beat this season; they are top of the ladder with nine wins from nine matches. The closest they have come to a scare this season was way back in round five when they beat Forest 16:9 on Forest’s home ground. They have a staggering 307 points scored and only 94 points conceded. At this stage it’s hard to imagine them entering the finals week with anything but a clean record of wins. 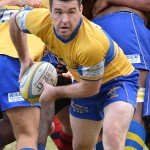 Brothers lost to Forest and UNSW early in the competition, but the last five games have seen five wins. Although they only just scraped past BOBs (round 7 at home) and St Ives (round 8 away). I witnessed the BOBs match and it was a good, solid match with Brothers deserving the win as they maintained their edge right to the final whistle. With UNSW close on their heels, they’re going to have to work hard to keep their number 2 spot. Rumour has it they are likely to amp-up their training schedule for the final rounds. Therefore they are definitely a team to watch. UNSW have had a good season so far, only narrowly losing two games, at home to Forest where they lost by two points and last week away to BOBs where they also lost by two points. However, some of their wins have been huge beeting Hunters Hill 63:17 and Blue Mountains 48:12. With Newport and Brothers at home they have a good chance of finishing in the top three. BOBs have really found good form in the last five matches, only narrowly losing to Brothers in a grinding contest on a cold afternoon in round 7. This compares well to the first five matches of the season where they only won one game against St Ives and lost the rest. They are being chased closely by Forest who are three points behind them on the table, although BOBs are well ahead on points difference (plus 84 versus plus 2). Given their current form, they could easily have a top three finish if they maintain the momentum. 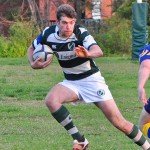 Forest are an unpredictable side this season, I hear they haven’t had a consistent training schedule and are suffering significant backline injuries. With a mass of narrow wins and losses, there have also been a few exceptional wins and losses. They beat Oatley 15:10, then lose to Brothers 12:10, hold UNSW 18:16 and BOBs 28:20. They have a narrow loss to Newport 16:9 then get walloped by St Ives 43:27. They follow that loss by thrashing Blue Mountains 35:0 but then there back to narrow margins – 28:22 over Lindfield but then crash out to Hunters Hill 29:0. Rumour has it that their forward pack was unusually small for the St Ives match which probably answers why they were monstered that day. Unlikely to happen again, but I do get the impression they are hanging in there and hoping for the best.

The last three games for Oatley have seen big losses. They were beaten 28:0 by UNSW, 33:14 by Newport and 39:5 by Brothers. That has taken them to a point difference of -56 (161 for, 217 against) which is going to make moving up the ladder tough, but they are an unpredictable side and are known to be able to pull an unexpected win out of nowhere. However, Oatley really need the home ground advantage to get back in to the contest.

I am told Hunters Hill have struggled with back line injuries this season and they have also struggled to get consistent numbers of players on to the park each week. Having said that, Hunters Hill’s recent form has been good beating Lindfield 31:27, thrashing Forest 27:0 and beating St Ives 29:9 with their only recent loss being to BOBs 45:5. Looking back, the start of the season was not one they will think of fondly, losing to Lindfield in a tight contest at home 31:35 but then being walloped by Newport 61:0.

Blue Mountains have been doing it tough recently, losing four out of the last five games. Brothers 35:10, UNSW 48:12, Forest 35:0 and BOBs 40:14 with a win against St Ives 29:18 there only relief in the last month. Blue Mountains struggle on the road, but then again, so does every club that has to travel up the mountain to play them. Well, five losses in a row doesn’t tell the whole story. Lindfield have lost, but some of those score lines were close; Hunters Hill 31:27, Forest 28:22 and Oatley 26:22 show that they have the capability to get close.

Lindfield have struggled for numbers in their first grade side this season, often pulling colts players up for a game. This may be good for other teams this season, but in a season or two they will have some battled-hardened young blood in their side. 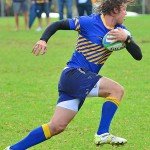 St Ives are doing it tough this season, only winning against Forest in the round 6 try bonanza 43:27. However, they have scored two secondary points from narrow losses and also two points for scoring more than four trys in a game. We’ve all been to the place where they are and have got to appreciate their resilience and determination each week.

St Ives has an ageing forward pack which is large, but slow. As they turn over their players and bring in new blood this team will do well once more.

** Addendum 26/June: I have just been informed that St Ives has replaced its 1st Grade coach, so expect change.